No Matter What Porch Concert at Hilldale UCC

When Hillsdale UCC asked me if I would like to perform a porch concert at Hillsdale for a community event in September, I was excited. And, I knew it was a huge effort.

With only three months to prepare, It was time to be creative. Could I of us pull it off with such little time? Probably, but playing alone felt a bit lackluster.

After experiencing synergy with the CtH A.R.T.S Group, it became clear there were other shining stars in our group whom I asked to join – Musician and Vocalist Heather Dennis, and Vocalist & Cajon Player, Jill Crisci. All three of us have a deep passion for music, and were already writing music. That was pretty exciting!

We only had three months to pull together enough songs for a concert, so when both Heather and Jill had agreed, we met week after week to present new material to each other and see what would emerge. Trying to synthesize our voices and instruments to music that was essentially new for the three of us to play together was pretty fun, and a bit challenging at times. If there wasn’t a concert on the table, we could have relaxed a bit more, and just had fun. But, we knew the date was approaching fast and we are all naturally competitive. It would be difficult to not give it our all, and present a meaningful array of music that would inspire the young and the mature alike. What an ask!

All three of us had original songs, but the question was  – Are we ready to share them with the world? Were they ready enough to present? Mostly not, but I knew we could do it. And we did.

Breath on Me was the first song that we practiced, followed by an original instrumental by Heather Dennis, called and an Irish tune, Come by the Hills. Julie had been working on completing quite a few instrumentals, but one in particular struck Heather and she said she had lyrics. This was a musical surprise, and quite a treat. Jill had inspiration for Breathe on me, with a beautiful chorus, and she was able to find nuances in that song that turned out to be quite lovely, and enhanced the song.

It was quite a collaboration in such a short time, and I’m deeply grateful for Jill and Heather’s participation, especially in light of schedule demands. We learned a lot, laughed a lot, and made quite a few mistakes at the live concert… but nobody noticed, only us. I look forward to a time we can get back together and pick up where we left off, and maybe even with more collaboration. We shall see! Special thanks to Mark Mcreevey for his help with amps and mics. What a fun learning experience! 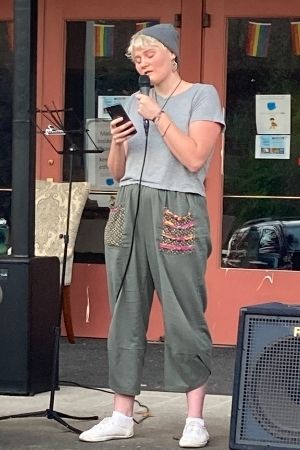 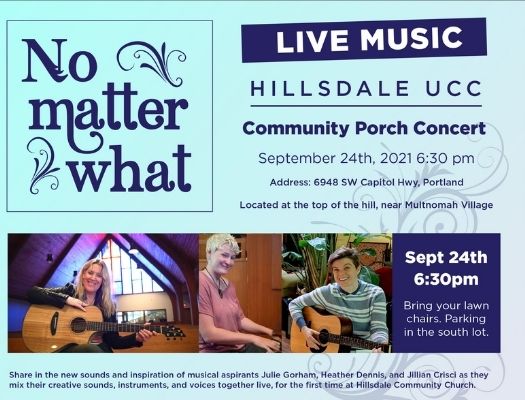